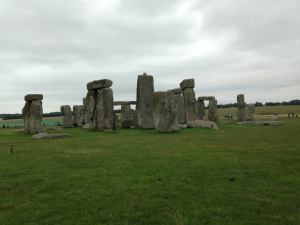 There are many assumptions out there about military life so I thought I’d take a few minutes to bust a few myths.

Fact: All members of the Canadian Armed Forces (CAF) pay taxes. We pay income taxes based on the same rates as any other Canadian citizen. There are no exceptions. When posted outside the country, (like we are in England right now) we still pay income taxes based on our Canadian income. If you’re paid by the Canadian government, you pay Canadian income tax. Exception: Some portions of additional income earned during a deployment (e.g. Afghanistan) are classed as non-taxable. The basic CAF salary and certain benefits are still fully taxable.

Myth: Canadian Armed Forces members don’t pay sales taxes when they shop on the military base at Canex Stores.

Fact: All CAF members pay sales tax just like any citizen of the province regardless of where they shop. Canex Stores charge federal and provincial sales taxes just like any other store. One benefit to shopping at Canex is that CAF members can take advantage of the low-interest payment plan for large purchases (furniture, appliances) and have payments deducted directly from their pay.

Myth: Canadian Armed Forces get all kinds of pay benefits.

Fact: There are specific benefits to which CAF members are entitled to ensure that their standard of living is similar regardless of where they live in the world. Many of these benefits are taxable meaning that CAF members pay income tax on those benefits.

Fact: In a previous post, I explained that we do indeed pay rent. The CMHC and provincial standards govern rental rates. There are provisions in the Military Foreign Service Instructions to ensure that CAF members posted abroad are not subject to extreme rental rates.

Myth: Family members of Canadian Armed Forces can fly anywhere in the world for free.

Fact: Oh I wish!!! This is not true. There are opportunities for families to travel however they are few and far between and there is a fee, albeit small compared to commercial airlines. Additionally, military business has priority on military flights. This means that you might arrive somewhere and not be able to return easily or you may not get a connecting flight.

Myth: Family members of Canadian Armed Forces are taken care of by military doctors and dentists.

Fact: Military doctors and dentists treat only CAF members. Family members must register with the provincial health care system and find their own family doctors and dentists. This includes out-of-country postings. NOTE: For out-of-country postings in some cases where a family member requires specialized care or medications, the military doctors will liaise with local health specialists to ensure the family member receives proper care and medications.

Fact: No. Children of military families attend local schools. The military does not provide additional funding if the local schools do not provide education in the family’s language of choice (i.e. English or French). In out-of-country postings, there is funding provided for children to remain in Canada at boarding school or have second-language tutoring.

Myth: The Canadian Armed Forces get to choose where they are posted (where they work/live).

Fact: CAF members are asked for their posting preferences but that does not mean that the requests will be granted. Just like any major corporation, the CAF posts members based on the member’s talents and experience and available job opportunities within the CAF.

Do you have any myths you want busted? Write in and let me know!

One thought on “Myth Busting”